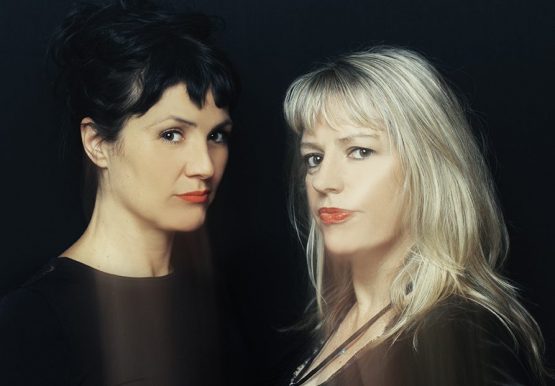 Following a sell-out debut tour earlier this year, Monique diMattina and Rebecca Barnard present the Dao of Dylan.
Recently awarded the Nobel Prize for literature, Bob Dylan is arguably the most important songwriter of our time.

In this historic collaboration, Monique and Rebecca combine their considerable blues/jazz/rock/roots forces – drawing from Rebecca’s royal jazz heritage and rock stardom as leader of Rebecca’s Empire, and Monique’s unlimited piano skills and songstress powers honed through years treading the boards in New York City – to thrill fans of Dylan and the art of song. Hear well known chapters from the ‘Book of Bob’ soulfully re-interpreted, while these two celebrated songwriters tell tall and telling tales on the mystic resonance of Dylan’s work in their lives and music.

Hear ‘Don’t Think Twice’ boogie thrashed, ‘The Man in the Long Black Coat’ re-worked to Twin Peaks eeriness and ALL the Dylan songs that start with the line ‘Early in the Morning’.. who stole from who (Dylan? The Beatles? The Stones? Joan Baez?) how to stay Forever Young and much much more!